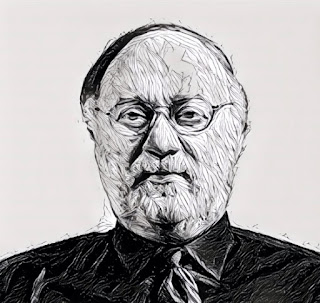 Joe Tkach has ventured forth to offer enlightened commentary on Brexit in his Weekly Update.


"You have likely heard a lot over the last couple of weeks about “Brexit.”"


"GCI-USA Regional Pastor Rick Shallenberger was in the UK the week of the vote and sent me this report".

On holiday was he? I guess Rick is one of the few left on the payroll.


"What bothers me the most, Joe, is to hear Christians speculate that this decision fulfills prophecy, some indicating that it aligns with British-Israelism. I even heard some say this decision makes way for the rise of the Holy Roman Empire. It saddens me when people read more into an event than is there. The British people need our prayers as they transition into a new reality for the country. Whether or not this was a good decision, it happened and so we pray for the people involved. We also continue to pray that God provides the means for the gospel to be shared in Great Britain."

The trite comments about providing "the means for the gospel to be shared in Great Britain" deserve a separate response, something about "American Evangelical Imperialism", but maybe another time. More to the point, given that Rick will have been chatting to local GCI members, not rabid LCG/PCG types, it seems all that quoting of Torrance and "Trinitarian theology" has had little effect on the doughty survivors from WCG days. Guess that's a "fail".

Back to Joe Jr.

"Years ago, Hebert Armstrong (our denomination’s founder) did say that Britain would eventually leave the European Union. But he did not get that idea from Scripture—he got it from others who taught what is known as Anglo- or British-Israelism... It’s all too easy to grab hold of a few prophetic statements someone makes, thinking they are right and thus should be followed. But we must look at the larger picture. Herbert Armstrong (along with others) made multiple prophetic statements eventually proven wrong. Mr. Armstrong twice wrongly predicted detailed time-frames for end-time events, including Jesus’ return. Major erroneous predictions like those far outweigh the few, relatively minor predictions that actually came to pass."

Did you catch the typo... Hebert Armstrong? Not a professional look Joe. Must have fired all the employees willing to proof read his stuff.

Overall what Joe says is fair comment, and the sort of thing you might read here. I suppose we have to acknowledge that Joe at least addressed the elephant in the room as Brexit has dominated news... Herb's prophecies on Europe, albeit in a hand-wringing, passionless sort of way.

Then it's back to the gelatinous platitudes.
Posted by Gavin R at 10:37

What kind of software are you using to create those very cool mockup photos of the various cult leaders? I imagine them as being "Tarred and Feathered" !

Tarred and feathered? If only. The program is Prisma - free from the Apple app store.

Joe II should be more respectful to 'Hebert', the man who made him rich.
Seems Joe doesn't believe any of this Bible nonsense anymore anyway.
Word is he only turns up at 'work' intermittently these days.
And why not when fools continue to send in money.
A friend got a job with a foreign wcg HQ office in the 70s.
He said "they take Friday afternoons off, close down at 12:00".
Left me reeling, that'll teach us to be a suckers!