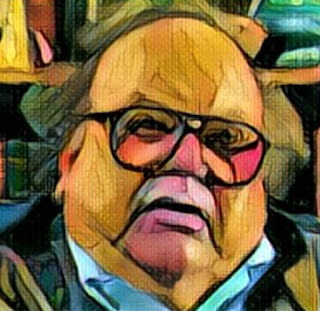 If you were around in the 1970s you'll remember the name Ernest L. Martin. Arguably Ernie was the greatest threat to the WCG at one stage, a former high-flying faculty member at Ambassador College with a disarming personal appeal. He was the Herman Hoeh of "the resistance" (like Hoeh his doctorate was unaccredited) and hugely influential as members started questioning things for themselves in the wake of the 1974 ministerial crisis. Martin talked and wrote openly about the New Covenant, the irrelevance of tithing and Sabbaths and something he termed "progressive revelation". He also adopted a form of "universal reconciliation" - inspired in part by Alfred. E. Knoch's Concordant Publishing Concern.

Not to say that Ernie was a "liberal" by non-COG standards. In many ways he continued to embrace a very wooden, literalist understanding of the Bible. Theologically tolerant he was not. I well remember a peevish letter he sent to Christianity Today making fun of an article on the Trinity. Many in the ex-WCG community however considered him a scholar without peer, especially as he churned out book after self-published book on everything from the Jerusalem temples to the star of Bethlehem. He died in 2002, and is modestly immortalized with a short Wikipedia entry.

Martin's magnum opus was supposed to be a fresh translation of the Bible putting the various books in what Martin considered their original order. After his death the task was passed on to James Tabor, from where it seems to have been slowly killed off.

In recent times Ernie's legacy has been faithfully promoted by David Sielaff. Sielaff continues to beat the prophecy drums, and to turn up to events like a recent "prophecy conference" in Colorado Springs. In his latest monthly newsletter to the dwindling faithful he explains how his views differ from the prophecy-obsessed evangelical fringe which he seems to freely mingle with. Sielaff also regurgitates a 1977 article on prophecy by his master.

The disciples of Ernie and his Foundation for Biblical Research (since morphed into Associates for Scriptural Knowledge) once made up the most radical wing of the WCG diaspora. Today what remains is looking very tired and shopworn.

Dr. Martin was well respected by many members. What he taught in the mid '70s did seem revolutionary at the time, but the context in which I viewed it was that he was making some relatively small tuning corrections to the Armstrong doctrinal package, when major change was in fact warranted. This, along with the emergence of Ken Westby's group, marked the beginning of a splintering process which continues to this day. Up until then, we didn't even know what splintering was. 1956-1973 were years of unity, and while people were occasionally disfellowshipped, they generally left in silence and did not start their own groups.

In Pasadena, working at the college, there were employees who brought Dr. Martin's literature to work with them, and they were about as subtle about it as Jehovah's Witnesses. Finally, one morning, a meeting was called, and we were all told we'd need to sign an oath of loyalty th HWA as a condition of our continued employment. By that point in time, some supervisors, deacons, and even ministers had already resigned. But, probably the funniest thing that happened (not ha ha funny) was that at the height of all this, some good friends went off and joined the Church of Scientology. I went so far as to read "Dianetics", but immediately recognized that movement as being just another cult. I discovered that apparently Scientologists practice shunning if you resist their recruiting efforts.

Most likely, the splinter groups of today will follow the same basic pattern as these early splinters. In a few more years, they will have dwindled into nothing.

Gavin
As I was a student & employee at Bricket Wood, I knew Dr Martin (or "Doc" as he was known) very well. After his leaving WWCG, he came back to England to help & teach a small group of us who left the church with Charles Hunting, Richard Plache & David Ord

In recent years, a former WWCG employee/minister, Brian H Butler has been studying his work and publishing his own material based on it. Brian left the ministry during the 70's and re-trained in Applied Kinesiology, which he introduced to the UK. He now lives in Australia and is on Facebook as Brian H Butler. His religious website is ernestworkman.com and he can be contacted at bhb@ernestorkman.com. He can be co-erced to send a free e-copy of his book "Why Are We Here" which is not a very original title!

Ernest Martin was an excellent biblical researcher, a prolific writer and committed Christian. However he was biblical literalist and fundamentalist. Richard Plache was a very good preacher who though he left WCG continued to preach their doctrines for the most part with a slight twist on the Sabbath and new covenant. David Ord was a very good writer with s sharp mind. He grasped complex issues quickly and saw thru WCG errors at a stroke. He went on to ontain accredited degree in theology from Berkeley university and was a pastor of a church for some time. He is by no means a fundamentalist and published some books with his former professor well worth reading. I knew them all personally and it’s interested to see the spiritual paths they trod after leaving WCG.