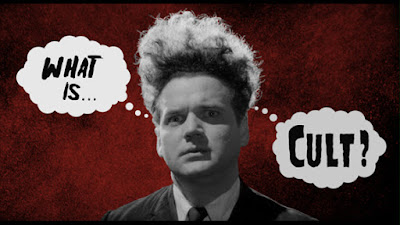 "It has been said, not entirely tongue-in-cheek, that the difference between a cult and a religion is about a million members." (David V. Barrett, The New Believers, p.21.)

Is Armstrongism a cult? The gut reaction for many of us is to respond with a rousing 'yes!' But then Armstrongism comes in a seemingly endless assortment of flavours. Is PCG a cult? What about the Church of God Big Sandy? Toss in the UCG and Ken Westby's ACD and there's the making of a red-eared argument. The reality is that some COG groups are far more objectionable than others, and it helps to tease out the reasons why.


"... Evangelical Christians tend to use words such as 'cult' and 'sect' to show that such movements are, in contrast with their own true faith, false religions." (Barrett, p.25.)

The problem is criteria. What makes Dave Pack's RCG so different from Laestadian Lutherans? Why is Thiel's micro-sect different from the Church of God (Seventh Day)? To broaden the discussion, are Southern Baptist churches different in essence from their more progressive Northern brethren. Where do you draw the line?

Doctrinal fanatics tend to hunker down behind Trinitarian barricades. If it's not Trinitarian then it's a sect or cult. I guess that lets the loopy Laestadians off the hook. Those of us who view the doctrinaire types with a jaundiced eye are more likely to cite patterns of abuse and manipulation. But then, is there a single Pentecostal prosperity gospel group which isn't rotten to the core when it comes to blatant snake-oil manipulation?

For some of us, finding an alternative term to replace 'cult' is political correctness gone mad. But then again, maybe not. Maybe, by falling for the popular usage, we're allowing the rats who hide under mainline labels to escape scrutiny.

Which is the argument advanced by Jonny Scaramanga on his Leaving Fundamentalism blog.


"Churches are not either good or evil, either ‘cults’ or ‘Christian’. That kind of binary thinking is for Sith Lords and fundamentalists. Church practices exist on a continuum... When we divide congregations into ‘churches’ and ‘cults’, as if there is a clear distinction between the two, it absolves ‘churches’ of the need to consider ways in which their own practices might be controlling, harmful, and abusive."

Read it through for yourself (it's not a long piece). Maybe we should reframe the problem. It's cathartic to call Armstrongism - whether in the whole or in its peculiar splinters - a cult. The reality is that many of these groups are abusive, controlling, manipulative and deceptive, but a few (too few!) are not really in that ballpark. Perhaps we should first be calling them out on their practices rather than reaching for convenient labels handed to us by people who are often just as guilty of these things as their targets.

There are cults, and then there are toxic cults. Most cults are cultures unto themselves. If a cult's prevailing culture leaves a higher than average negative impression, most likely it is toxic. There really are not too many Armstrongites who have left their churches and either feel ambivalent or neutral about them, or were left with a lasting positive impression. Generally, unless individuals are on a downward spiral, they will leave one philosophy for another that they consider to be better or more enlightened.

One thing is certain. If you tell someone that you believe they might be in a cult, they most certainly are not going to respond with, "Wow, you are right! I never realized that. Maybe I'd better leave!" They're going to go back, dive into their studies with a renewed vigor, and become more deeply convinced that they are on the right track. I've seen this happen time and time again. We as former members can realize that we were once part of a toxic cult, but the people still on the inside mostly believe they are in God's true church, where they will remain until it stops working for them.

Since I started thinking about it, which was about 1995, I have said that a cult is where the followers turn their minds over to the leader and let him do their thinking for them. In the case of Armstrongism in its later years, that would be the people who believed HWA when he said God revealed truth through one man and that was him. With this definition, it was a cult for some and not for others. The others stayed in because they got some benefit from it and were willing to live under all the requirements.

What the term "cult" means varies. A Calvinist website referred to Arminians as a cult. Hence, millions of Methodists, by this reckoning, are cult members, if we were to take the Calvinist view seriously. Evangelicals typically refer to the LDS Church and the Jehovah's Witness Church as cults.

My viewpoint: There is some point at which an organization ceases to be "just another religion" and becomes a cult. And this is from the perspective of another group. Anybody has the right to make up a religion where religious freedom exists. The adherents can worship oak trees and decorate themselves with acorns, for instance. Its nobody's business as long as they don't break civil or public policy laws.

But there is the special case where an organization claims to be Christian but has a deviant theology. (Considering the broadness of Christianity, the theology has to be significantly different on defining points.) And as Byker and TM pointed out, the cult organizations engage in various forms of psychological oppression of members and forms of exploitation of members. So there are two elements: a deviant theology and social and communal pathology. Armstrongism qualifies as a cult by both standards.

But don't trust me on this. I believe Calvinists are a cult. In my mind, Calvinism is a blatantly deviant theology.

Meaning of words change. Only in the US the word cult bears a negative connotation.

I will not go into a discussion to what is "deviant" to contemporaries.

99% of all arguments I heard on all anti "armstrongist" websites, all center on arguments that go for any belief in any belief system. Being socialist, lutheran or moonie. Everything human has happened in any organization, albeit with different percentages to be expected.

The belief in anything that is supreme to ourselves originates with the consciousness and this belief is what has propelled us to great accomplishments and catastroph.

And yes the organization that organises my holiday is more benign than any church although it offers no solution for grief of a lost one or answers to the meaning of life, only temporary solace on an individual basis. Unless you group travel.

Man has come to the realisation that we are all on a group travel through space. Astronauts on planet earth, the only planet in the universe that harbors life.

And don't try to convince me with your mathematical calculation on chance of life being elsewhere. The moment you do that you are in the realm of religion and to me a cult leader.

The word "cult" means religion, so then it's true that "the only difference between a cult and a religion is a million members", as all religions believe in 'Magic Stuff'.

All religions are cults. Some are just more extreme than others. Some are relatively benign while others are more harmful. All do their members some good and some harm. In my view, the harm outweighs the good. Sometimes by a little, often by a lot.

Yes, one name, true. That is generally indicative of a personality cult. This has been ongoing for quite some time, and includes the Millerites, and the Waldenses. These groups also seem to feel as if they are special, and protected from everything except persecution. Oh, and Satan. They cite him as if that's one of the proofs that they are called and sealed. Funny thing is, their imagination has even been programmed, and they don't even know it!

It is just terrible when a violent mass shooting occurs in a congregation, or there is a suicide. Those things don't compute with the members, because they are some of the evils they are taught happens to people who leave "God's" church.