LCG on trial. At the time this post went up, the GoFundMe page for the upcoming Scarborough suit had reached only $125 with just 4 donors over the last 8 days. The somewhat optimistic goal is 15k.

Magazine miscellany. Church of God periodicals, especially the minnows, seem to be in an increasingly parlous state; three examples.

CGI's Prevail has long enjoyed a beneath-the-carpets profile. While it has a very nice logo, it just seems to be a random collection of web articles, which means - in my book at least - that it's not actually a magazine. (Update: reading some of the comments it appears even people close to CGI are confused. Has it been discontinued? Was there a print edition late last year? Perhaps even the webmaster is confused...) You can, however, check it out for yourself here. 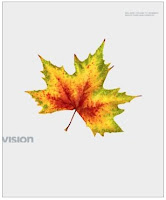 Meanwhile, David Hulme's quarterly journal Vision seems to be missing in action. It's now Spring up in the Northern Hemisphere and the last issue to see the light was Fall (Autumn) 2015. Vision was (is?) one of the least derivative periodicals in the COG stable, at least in terms of design and layout. Not so much a minnow as a beached whale, this is (was) a major periodical. Does this indicate troubles in paradise? Dave, tell us it ain't true.

Church of God Outreach Ministries (CGOM) is, according to a certain gentleman based in Arroyo Grande, ditching hard copies of its bi-monthly magazine (more a newsletter, really) New Horizons. It will now only be available online. Or maybe not. The latest issue still isn't - as this post goes up -  available on their website, nor anything for January/February. Perhaps energy levels are just running really low in Tulsa.

Meanwhile, back at the ranch. The sidebar here on AW has been reorganized, simplified and new links added over the last two weeks. The last several issues of The Journal can now be accessed directly, and just under that there's a new link to WCG stories that have appeared over the years in the LA Times.

I just checked the link to the CGI magazine, it appears there has been nothing added since 2012. They might as well just scrap the magazine and call it a day.

Prevail, which was produced by CGI-Canada, was never a regular publication. I suppose it's already been scrapped, but there's no reason not to make it available on the website. The CGI-Philippines publishes a regular "Armor of God" magazine. The CGI (Tyler, TX) publishes its newspaper, The International News, quarterly. It's usually 16 pages, sometimes 20.

Interesting. Perhaps they should take down the 'subscribe' link.

Perhaps they should. It's obviously an oversight. I know the person who manages the site; I'll let him know.

"Quantum Leap of Faith"? Really? The smallest increment possible of transition in faith is a quantum leap. Probably not what Vision was aiming for.

It's just not the same after Dave suggested that he might be giving up on BI.

I have in my possession an edition of Prevail dated October 2015, given to me by one of my congregants who attended the Feast in Canada last year. So, yes, Prevail is alive and well--and still being published periodically. Ian Boyne

Anon 19:32 here. Thanks for the update Ian. I thought they changed the name of the magazine and published two editions under the new name, and then stopped publishing altogether due to costs. Thanks again.