The Mouse that Roars 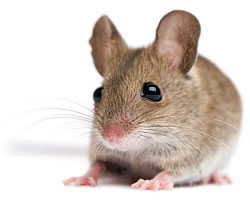 Here are the PCG Feast sites for 2016 according to an anonymous source. There are fewer sites this year, but look at the "expected attendance" figures.

If you take time to do the maths, the result is interesting - 4210. The disclosure prompted these comments on Living Armstrongism.


In reality the PCG is much smaller. Remember these numbers give the capacity of the sites, not the actual attendance. I have visited some of the places listed and attendance there during the feast was nowhere near these figures.

It is also an old church. For example, in two of the church areas I have visited I am the youngest baptised male, and I am over 50!

PCG talks up big and spends up big, but it's tithe-bleeding base is extremely modest. Their "business manager" must be a worried man.

What a shocker this was! If you had 3,000 people taking to the streets of a major city and causing some sort of disturbance, it would be a big deal. But three thousand people spread out over the entire globe attempting to get some sort of powerful message out is pretty lame. There is a silver lining: at least the numbers show that fewer people than we had imagined are suffering.

At approximately $2000 a year annual revenue per head, (typical COG revenue currently) that would mean that PCG has only about $6 Million in annual revenue.

They look way more impressive than their 4-6 mil income.
They may employ the same trick as the US Gov: deficit-spending!
This will work well until a deterioration of credit rating.
How will we know?
When the first dandelion maketh his appearance in Edmond/Wadsworth,
know this: the end is nigh - nay, at hand!

Thanks for the mention. Good on Exit and Support Network for highlighting this information.

So PCG appears to only be making accommodation for 4,210 for their Feast. And if their contribution is $2000 a year that gets about$6 million.

However in the 2013 version of his Colossians booklet Gerald Flurry claimed that PCG had an annual income of about $19.5 million in 2012.

So how is PCG getting this amount of income? Has there been some sort of decline in membership since 2012? Is PCG's income still at this level?

Redfox- I have heard the 19 million number too from that time. Their operations appear larger than a $6 million operation as well. Recently it was reported that they were going to buy a JET!

So there is discrepancy in one of these reports. More research needed.

One interesting item would be a complete set of demographics on PCG. I tend to doubt that there are many minorities, and average age of the typical member would probably be in the senior range.

What business manager? There is no financial plan, just a belief in a God who will bail them out no matter what they do.

"Clark, Philippines" would be good: venture into the Honky-Tonk bar district.