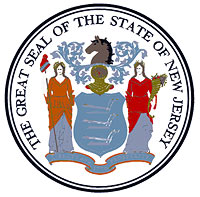 The Board of Education in New Jersey has published a list of religious observances for which approval must be granted for school kids. The Flurridian sect (PCG) has been in boots and all to secure exemptions. Other cognate COGlets apparently fall under the generic description 'Church of God'. Here's the list.

What happened to Pentecost (June 4)? It seems any generic (or in COG-speak "professing") Christian is entitled to take their kids out of school on this day, so there's no specific COG or PCG exemption.

It's interesting that the Flurry sect has an exemption for the entire DUB period and the day of Passover (whereas in other groups it's only on the two Holy Days). The impact on children's education would seem pretty dire with the Flurry followers hauling their kids out of classes up to 19 days - including Pentecost - over the next twelve months (allowing for weekends that's still the best part of three weeks off).  The other COGs count up to 13 days.

While their non-COG/PCG peers might be envious of all those days away from school, one suspects that many of these youngsters might feel otherwise given the long sermons they have to sit through instead.

Want to secure a alternate day of with the kids at home? Some further non-COG possibilities.

And there's more where those came from - more than 100.

I think this is good. Kids who take off these says won't won't have to endure what I endured growing up, when I tried to take off school to observe them: an attendance policy, which threatened suspension, or even expulsion. I am glad to see public schools are becoming more tolerant of people's religious practices.

We live in New Jersey. Back in the '80's and '90's (and probably before), WGC always had the Holy Days registered as State-Approved religious holidays. My wife would obtain the official list and show it to school officials on day one of the school year. When the Holy Days arrived, we never had a problem taking the children out of school.

After WCG went into apostasy, UCG kept registering the Holy Days. Probably other splits did too. UCG would even give you a minister's letter as proof you were a member.

It's one area where the church provided a valuable service to its members.

Except for perhaps a handful of folks out on the fringes somewhere (Hebrew Roots types, maybe, who follow the Jewish count to Pentecost differently from historic COGs) most COGgers keep Pentecost on a Sunday every year, and American schools never have required classes on Sundays, so it would be a non-issue for getting permission to stay home.