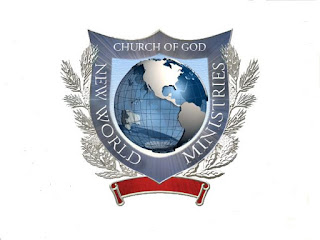 Keeping track of the various sects that have risen out of the chaos of the Worldwide Church of God's dissolution is an almost impossible task. This is the first in a series featuring some of the groups that have a lower profile.

Down in Sevierville, Tennessee is a branch of the Church of God you may never have heard of. This isn't just some guy pounding away on his keyboard (ahem), but a real little group which claims up to seven small fellowships (6 in the US and 1 in Canada). As with most such groups, their website doesn't give much away about exactly where they popped up from, but it's a splinter from the Garner Ted Armstrong wing of movement (CGI or ICG) going back about ten years. Like most related churches they seem to serve a declining older demographic that remembers the halcyon days of Herb and Ted.


Some sections of their website seem to be poorly updated, but it is still active and they currently promote themselves with a small ad on Alan Ruth's biblestudy.org. George Trent is president and author of their Quarterly Letter. They will be holding their 2016 Feast of Tabernacles in Pigeon Forge, Tennessee. Their previous FOT in Lexington, Kentucky didn't appear in the list published by The Journal.

It seems pretty standard Armstrongism. Nice shield logo but nothing much to show in the way of printed materials, magazine or broadcast media. Not to be confused with COG Worldwide Ministries.

Hi,
I thought I'd let you know there appears to be a new splinter out of the CGI (Church of God International) in Canada. Former Kitchener Ontario minister and former CGI Canada President John Coish appears to have started a web ministry called Prince of God (princeofgod.org), he also has a youtube channel. If you go to youtube type in "Prince of God John Coish" or "PrinceofGod Canada" his channel will appear.

I have not been in the CGI for years so I cannot really comment as to why Mr. Coish started his own ministry. What I do remember is that Mr. Coish was not much of a Armstrong fan and felt Armstrongism was nothing more than idolatry. Sadly, he still holds to the holy days and some other Church of God teachings.

His website solicits donations and I assume he is doing well as his web church is still on the go. His Church is head quartered out of his new house in a new subdivision in Brooklin Ontario about 30 miles North of Toronto. I use to drive through Brooklin often and it was all farm country until the developers got in there and started dropping subdivisions everywhere. If you look up his Church's address on google earth you'll see that it is a house. But I guess enough donations are rolling in to pay his mortgage. I guess the moral of this story it literally pays to start your own church of God.

Thanks for the info. I knew of Peter Salemi, but not about John Coish and the situation with the CGI in Canada. I really appreciate your input, and will take a look at the Prince of God site.

Peter Salemi of the British Israel Church of God is really nothing more, nothing less, than a rightwing political demagogue in religious clothing. He clearly is NOT a man of God. In Peter's very distorted world view, every major problem is automatically the fault of leftwing lunatics. He sees nothing wrong with unfettered capitalism, never mind its problems of allowing unbridled greed and exploitation by the wealthy few and its tendency to create grinding poverty among those not so financially blessed as well as pollution, unaffordable housing, unaffordable medical treatment, and other problems caused by greed.
Peter Salemi seems to idolize Donald Trump, never mind his long history of lying, cheating, and bullying to enrich himself financially, never mind the allegations that he colluded with Russia to influence the outcome of the 2016 election, never mind the concerns that Donald Trump harbors strong prejudices against foreigners and non-Whites. Never mind the concerns that Donald Trump is trying to take away civil liberties and move us closer to an authoritarian dictatorship.