Who's the nuttiest of them all? 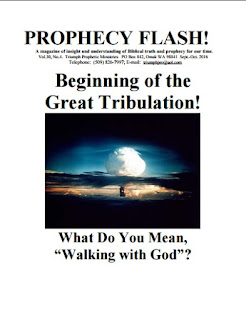 There are some interesting cult leaders out there in the GOGisphere. Some may be sane, some not. But who gets your vote for the loopiest?

Please don't misunderstand. I'm not suggesting that the gentleman mentioned below is anything other than a fine bloke, kind to children and small animals. Nor am I suggesting he's insane or a charlatan in the Elmer Gantry sense. He's probably thoroughly sincere in the "grumpy old man" sense of sincere. And, dear lord, don't we have a total saturation-level of grumpy old men in and around the COG conversations these days? It goes with an aging demographic. You get a fair taste of that even here on the various threads. A triumphalist contempt for anyone who doesn't see eye to eye with a previous published comment.

Every now and then - but not too often - I check to see whether Willie Dankenbring is still in the land of the living. He is, and still producing his Prophecy Flash newsletter. Willie, once a prominent Plain Truth writer, has a very low profile these days, but obviously still has a following of aging groupies. I've confessed before that, "back in the day", I had a good deal of respect for the guy, and still (goodness knows why) have most of his 1970s hardback books stashed away with a whole lot of other obscure "lit" from times past.

But time moves us on, and Willie has long since hardened into a prophetic prognosticator with an unenviable record for dismal failure. Not only that, but his writing is imbued with a hatred of anything smacking of reason and - heaven forbid - liberalism. In fact, he's so over the top that even the neo-con-leaning Beyond Today staff would doubtless cringe at his expostulations. He's right up there with Mark Armstrong, maybe leading by a head.

The latest issue of Prophecy Flash is available to download (known by some as Prophecy Flush). It makes Bob Thiel's rag look concise and focused by comparison, with long rambling articles.

Which is saying something.
Posted by Gavin R at 12:31

They have achieved the most impressive achievement yet within Armstrongism: A .pdf publication with nary a continued on page / continued from.

This certainly distinguishes them as the most advanced Armstrongist group yet.

So disregard the distraction of all the crazy articles written by kooks and embrace the pure journalistic style of uninterrupted prose!

Amongst the visible leaders (discounting the characters in the Journal ads), I would have to give the award to Dr? Bob Thiel who just edges out Dave Pack because, for one thing, he calls himself "Doctor" and "Prophet", that's a lot of hats to wear. If he had a real doctorate, couldn't command a very good salary somewhere?