(HT to Gary on the Banned blog) 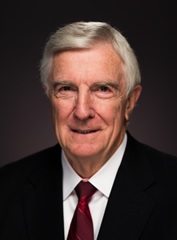 Re. your sermon of September 1.

An important message doesn't have to be an hour long - let alone nearly 80 minutes. If you can't say it effectively in 20 you're a very poor speaker.

A sermon doesn't need to have highly selective proof texts - piled up in a steaming heap and read aloud in full every time - as if the congregation are congenitally challenged illiterate dummies.

Nice admission that WCG at one stage embraced a version of the traditional Roman Catholic Petrine document. You seem pleased that's all past history, but do you recollect who it came from? Clue: his initials were HWA. Don, a question: did you speak up against this nonsense at that time?

Rambling and over-explanation are cheap fillers, not matters of substance.

It helps to actually get to the point sooner rather than laying out a long trail of breadcrumbs. Who has an 80 minute attention span? It amazes me you didn't start yawning yourself half-way through. Even Ron Dart in his prime would have found that difficult.

"Gainsayers" (your word) often bear a prophetic word to established structures. You're supposed to be a smart dude (18 hours of graduate theology at Southern Methodist... though that's a bit underwhelming); surely you know about the tension between prophets and priests in the Old Testament. Question: which of these two groups do we remember and value today?

What do we take from the fact that you're preaching an authoritarian message and currently hold the office of chairman of the UCG Council of Elders? Speaking "ex cathedra" are we?

You and I were both "on deck" back in the day (you in an important role, most of the rest of us in total lay obscurity) when it became a survival skill to "read between the lines" in the GN and Worldwide News. They were used to soften-up the membership for potentially upsetting developments. Gary and others suspect there's a subtext to your sermon about ministerial authority. So let's ask directly... are there storm clouds on the horizon? An impending putsch? You and the rest of COGdom know there's plenty of precedent for that. Don't you think it's dumb not to be open and honest about such things, and to let in some sunlight and fresh air by allowing threat-free debate and discussion?

Rhetorical questions don't need to be answered immediately after you ask them.

"If one of the ministers ceased to be faithful..." (around 54m). Finally getting to the point Don? "You better look before you leap." The "H word" appears more often - heresy.

You seem to think that you've provided a "sound expository sermon." Well, you might get some debate there, especially on grounds of "sound."

Dredging up 1974 and the Associated Churches of God? Talk about living in the past. What happened to those reportedly 10,000 folk? Most of them transitioned to freedom and autonomy. 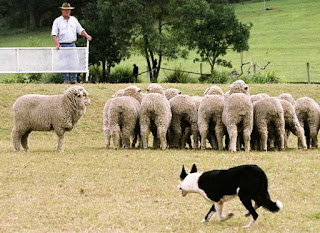 Your real take-away message comes around 1.12. Those aren't just clouds on the horizon, that could well be a twister. You sound defeatist already. "Hold fast." Translation: batten down the hatches brethren!

There must have been a lot of depressed people walking out of services that day.

In New Zealand sheep farming is fairly common. You use the sheep analogy early in your message. I don't know how it's done in East Texas, but here sheep are herded by sheep dogs. It's quite an art form, controlled by whistles and verbal commands. The most common one is "Get in Behind!"

Which I think would have made a far better title for your sermon.
Posted by Gavin R at 12:27

Email ThisBlogThis!Share to TwitterShare to FacebookShare to Pinterest
Labels: UCG

These nerds use Moses and Aaron as their permanent role models, rather than Jesus. Wrong priesthood, dudes! You need to be
digging on Melchizedek!

Christianity is relational, NOT a business or organizational hierarchy model.

I completely agree with your first line that a good sermon doesnt need to be lengthy! One can be succint and effective at the same time