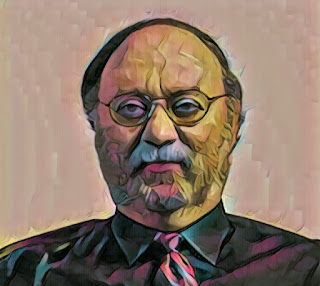 It always amazes me when people don't "get" the problem with the way Joe Tkach's GCI is set up.


"As for the board members, who should they be? Who would be the voting populaton [sic]? The general membership of GCI? Should there be the travesty like our current national elections carried out in GCI?"

GCI claims to be organized on an episcopal basis. That's a fiction. There was no talk of any such thing until the receivership crisis. Prior to that WCG (as it was then known) operated on a legally different basis. Not that it lived up to those obligations; that was one of the big issues that underlay the action by the State of California. The near-papal claims that then conveniently emerged - and the reorganization as a corporate sole - were little more than a ruse to avoid its obligations. Joe Tkach has maintained the lie despite the fact that there is no appetite in GCI for a return to the old Armstrong ways.

Have a look at other church bodies, both in North America and throughout the Western world. Presbyterian, Baptist, Episcopal (yes, even the Episcopal Church), Lutheran, Adventist, Methodist. Add in the Church of God (Seventh Day) for something more directly related to GCI. All have some form of representative structure varying from General Conferences to delegated Synods. Even the Mormons go through the motions. GCI? Not.

It's entirely moronic to imply that because a particular political system has flaws, therefore members of a church should be deprived of their rights and the leaders effectively given carte blanche to do as they please. No system is perfect, but some are clearly much better than others. There's a wide range of helpful models out there used by various denominations. One thing is for sure, GCI's is among the very worst. It takes some swallowing, but both LCG and UCG do a better job in transparency (though their structures continue to deny basic lines of leadership accountability).

But Joe and Co. are nice guys

It's not an issue that a Board has some decent members. Joe has been careful in that respect, apart from larding it up with Tammy. The issue is - is it a real board, capable of independent action and hauling the church's officers into line when necessary? Or is it a collection of carefully selected yes-men and yes-women beholden to the "owner", serving at his pleasure. And exactly who do those board members represent given that they're appointed not elected.

Wouldn't it be wonderful if one of those hand-picked board members responded to the following questions and set any misunderstandings at rest?

My understanding - and I hope I'm mistaken or years out of date - is:

1. Technically the Board. In reality no-one.
2. Joseph Tkach Jr.
3. Almost nobody. In contrast to UCG and LCG which, dubious as their organizations might be in other ways (and I'm a fan of neither), have a solid record of reporting to their memberships - and in fact anyone else who cares to view them.
4. Almost nobody. In contrast to UCG which publishes minutes online for all to see.
5. They have no real status or rights. Apart from some limited local input, denominational decisions are taken over the tops of their heads entirely. You could describe them as "stakeholders" or "clients". Members? Not really.

Again, I'd be delighted to correct any misunderstandings on my part. The challenge is for Joe or any of his Board members to set the record straight. One lives in hope, but I won't be holding my breath.

A company - unless it's a small family firm - has shareholders. The shareholders meet to determine and approve company policy. GCI doesn't even allow that. No shareholders except Joe and ... who knows.

A Christian Church isn't a family firm. It isn't a commercial business. It isn't a personal fiefdom. It shouldn't be run like North Korea. Members are entitled to a voice and representation or they're not really members. Whether or not the "Beloved Leader" postures as a model of benevolence or not is beside the point.

This is curious: Within the past year, the Tacoma Worldwide Church of God seems to have disappeared. When looking for Tacoma in the search for congregations on the GCI.org website, what comes up is:

This is truly weird. It looks as if the Tacoma WCG was attempting to continue its existence with Saturday Sabbath Services with the New Covenant teachings. I can't be sure, but it looks like CGI cut them loose and they tried to continue their local identity. It's not clear to me if they still exist as a congregation, and the CGI does not seem to have a congregation in Tacoma.

This is ironic, since Tacoma was the first Radio Church of God congregation in the Pacific Northwest Puget Sound area.

The relevance to this ties to #5 of your list of points.

Without answers to these question the most I can derive from the opening statement by the moderator is that if he and Joe Tkach, Jr. were discussing this topic, they would disagree.

WCG/GCI, like so many American churches, is run like a family business. Or like a monarchy. Rulership/Ownership passes from father to son where possible. Else, the owner names the next ruler/owner. This is clear evidence that God is NOT in charge.

I'm looking at Tkach's present HQ building: Can't find its address on gci.org but it's easy enough to locate. It's on Financial Way, Glendora. Looking from the air, the building is massive!. Being in La-La Land, the value/rental cost must be horrendous - especially considering his income consists of silly old ladies sending donations.