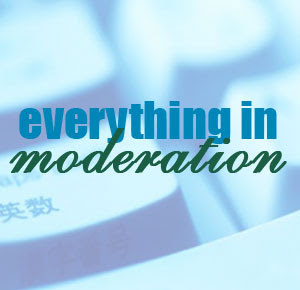 Nothing causes more bother on this blog than the moderation of comments. Without moderation the exchanges descend into irrelevancies and flame wars. With moderation people complain, whinge, whine and gibber. It's a no-win situation.

AW is hopefully a place everyone can comment, regardless of “where they're at,” if they're minded to be civil. Personal insults are inappropriate, but feel totally free to disagree agreeably! Please don't get upset if your comment doesn't appear every time, sometimes it's just an oversight on my part. I often moderate comments received overnight while crunching toast and rushing out the door at 7AM... mistakes do happen!

So here are the guidelines. Number 4 has been edited: five submissions on any one day seems more than fair, and avoids having one person dominating a conversation. I apply the rules at my own discretion (they are after all guidelines, not the Ten Commandments), but I do genuinely try to be evenhanded, and err where possible on the side of giving the benefit of the doubt. I don't think there's anything unreasonable here: the short version is "play nice!"

Be moderate in everything, including moderation.

Please feel free to use your suggestions on your own blog.

Your ground rules sound perfectly fair and reasonable to me, Gavin.

Thanks for the reminder.

Pity Blogger doesn't let you edit comments; seems like you've certainly got your hands full as it is, though!

I echo the other appreciative sentiments posted here. You've got a stronger stomach than most Gavin! :-)

It is your blog, you get to set the moderation rules regardless of what anyone else thinks or says about them.

I protest the "change" and DEMAND that I will be given full access to say anything I want at anytime that makes absolutely no sense at all!

Sounds good to me

Re retirement from WWC. I worked at AC and Imperial from 1960 till 1973 as a teacher and Associate Professor. Thirteen years of retirement down the drain and was terminated when the college downsized. Luckily, I had pursued graduate work at USC and found a university job right away.I left the organization completely in 1975and experienced the most exhilirating feeling of freedom from that cult. I have been retired for 10 years and that 13 years could have added more security, but the lessons learned from the experience were well worth the financial loss.