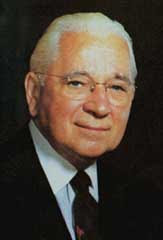 Can you believe what an absolutely brash, insulting, ridiculous statement came out of the Vatican late last week? And yet hardly a peep out of anyone about it. No salvation without acceptance of papal authority? Well, that’s preposterous!

Well, actually that's not what the statement said. Yes, Papa Ratzinger slapped non-Catholic churches around, patronized the Orthodox and launched spitballs at the Protestants, but there was nothing about no salvation without papal authority. The current Bishop of Rome may not be subtle, but the Vatican statement was a lot more nuanced than Mark Armstrong indicates.

Not a peep? Hardly. I followed reaction from Reformed, Orthodox, Lutheran and Coptic Christians in the wake of the statement's release. Not a bunch of happy campers to say the least! The thing is, the reactions were controlled and - for the most part - well thought out. Mark apparently expects these various Christian leaders to stand up on soap boxes and yell invective. Maybe Proverbs 15:1 ("a soft answer turneth away wrath") hasn't been highlighted in his King James Bible.

The really hilarious thing is that Ratzinger's display of foot in mouth is nothing compared to the intolerant, belligerent, uncharitable, self righteous, arrogant wall of rhetoric spewed out by Mark's Grandpa and Dad against other Christians. Talk about a double standard.

Similar claims are being made by some self-styled Church of God leaders. Have they no shame at all? And what of those who buy into their megalomaniacal rants? Have they taken leave of reason? The whole thing is sickening, particularly where it concerns the name and the memory of HWA... Pity the poor, abused, intimidated people who’ve been ensnared by the abuse of people’s love and respect for name of HWA. Lucky for his “successors” he’s not here to witness their false claims or their tyranny.

What can one say? Herb was the quintessential megalomaniac. Flurry and co. are only being true to his example. Mark wants to reclaim Herb as a symbol of Christian freedom?! Gimme a break!
Posted by Gavin at 12:06

Having a power hungry, drunken, megalomaniac grandfather plus a wandering evangelist for his father must make for plenty of rationalizations as he props up the family's wretched religious legacy.

"The really hilarious thing is that Ratzinger's display of foot in mouth is nothing compared to the intolerant, belligerent, uncharitable, self righteous, arrogant wall of rhetoric spewed out by Mark's Grandpa and Dad against other Christians."

Both HWA and GTA were mostly right about Christianity. Modern Christianity is a mix of paganism and man made traditions to control people.

So HWA and GTA embraced Sabbath and Holy Days in an attempt to move back to what the beliefs of the Historical Jesus.

Trouble is, Anonymous 2, that Judaism comes from the same place - and thus COG festivals for example. Tabernacles, Pentecost etc are all originally agricultural (can we all say f-e-r-t-i-l-i-t-y) festivals observed in Canaan. El (as in Elohim) was a Canaanite deity that got a monotheistic makeover. COGism is every bit as "mythological" as the mainstream... EXCEPT that most mainstream Christians ministers aren't stupid enough to imagine that myth isn't a factor in their own religious history.