Believe it - or not 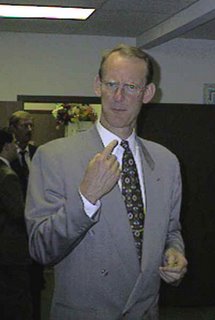 Talk Radio 702 is Joberg's no. 1 news and information station. I know that because it says so on their "proudly South African" website. One of 702's shows, broadcast on Sunday nights, is called Believe it or Not, dealing with religious issues, and recently it featured an phone hook-up with "Pastor David Pack" in far off Ohio. Yes, that's Big Dave, folks. I would have missed this gem, but thankfully the ever-vigilant Gary Scott provided a link on XCG.

Kate Turkington, the 702 host, had it seems come across the RCG website. As she was planning a program on the Beast of Revelation theme, she decided to rope in "Pastor Dave."

The interview is worth a listen, if only to hear the credulous host say: "the church's flagship magazine, The Real Truth, and his audio program, The World to Come, have an audience of millions, apparently; reach every nation, including heads of state, other leaders in government, religion, education, industry and the media." Maybe she was just reading straight off the Pack website.

But, uh, heads of state? Leaders in religion? Who, Dave? It seems the big fellah regularly sips green tea with the Dalai Lama and drops by Downing Street to gnosh on Cherie's cucumber sandwiches. Or perhaps Aussie PM John Howard makes a habit of slipping out of caucus meetings to download Dave's sermons (come to think of it, that'd explain an awful lot!) I had no idea.

Anyway, the show proceeds, and then the interviewer interjects a Pulitzer Prize question:

Q. Are you nice people Pastor, or are you sort of Bible thumping terrorists - are you nice?

A. We're the nicest people you'd ever want to meet. We're the farthest thing from Bible thumping terrorists you can imagine...

So there you have it. I repent in dust and ashes, for until Dave pointed this out I had indeed regarded him as a Bible thumper and spiritual terrorist of the worst sort. Truth is, it seems, Dave is the embodiment of sweet Christian humility and grace.

As the program title says...

Apparently, the admonition not to bear false witness doesn't apply to A-pustule Dave...

No mention of visiting King George?

At some point, I believe that we have to recognize that Armstrongism is a part of a plan. C.S. Lewis could have had Screwtape address the efficacy of Armstrongism, and the like, in waging war against The Enemy and His people.

Currently, Armstrongism exists in cells. Each cell has the potential to grow and replicate. This greatly enhances the chances of survivial. But the descendant cells pretty much all look like the original parent cell. So we get the same rhetoric, the same smarmy ministry, the same use of media, the same bragging and the same oppressiveness. Kind of an tired old system, really.

Neo - Some of those cells are more dangerous than others. Flurry, Pack, Meredith, and Cox come readily to mind.

How about captions for the Pack photo, like; "Are you talking to me"?

So cathoilics need to beware of more than thier priests, if Dave's church is listened to by Heads of
State. Pope is head of State of the Vatican. In my years after being indoctrinated by 'Armstrongism' I've learned it isn't about 'Gawd' at all, but more about How "great" (sic) the Church Leaders are. Seems he learned from Tkach and Waterhouse's school of Embellishment (LYING)!!!!!!!!!

What we really need is a war between the leaders of the churches of God, say, Pack vs Cox.

It would be glorious!

Then all we need to do is bring back M.A.D.(mutually assured destruction).

I can hear the taunts now..."You will respect my authoritye" (Ala Eric Cartman of "South Park" fame)

By his picture, I'd say Dave has forgotten which finger to flip. He's obviously giving "the bird" to all of his followers. Wonder if he imitates HWA to the point of addressing them as "dumb sheep"?