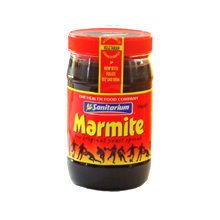 This is the second part of the Flying Free review.
John Morgan's book, Flying Free, has had me engrossed for several days. I thought I'd heard it all, but John surprised me more than once. Chapter 4 on the marks of a cult (using Steven Hassan's experiences as an ex-Moonie) was among the clearest I've come across. Chapter 6, addressing HWA's genuineness (or lack thereof) is excellent.

Flying Free is generally supportive of the new WCG, but the discussion on tithing also makes it clear that Joe Jnr's position on that subject is backtracking on a commitment to freedom.

John is the only person I know who can proudly state that he no longer attends any church, and is better off for the fact!

"When I talk to fellow Christians, and they find out that I no longer attend any church, most of them look on me as someone in need of spiritual help. They look on me as a weaker Christian – if a Christian at all! They talk to me as though I have fallen from a position of spiritual strength.

"The truth is the opposite. I feel spiritually stronger now, than at any other time in my life. I feel that a Christian who doesn’t attend a physical church, has a spiritual freedom that churchgoers probably are unable to experience."
I've often thought that, but saying it publicly is something else. Chapter 7 is intriguing. It seems clear that the author is still a Bible believing Christian in the first pages, and then wham, he launches into a very useful discussion on the gaping holes in Biblicism. It's this balanced approach that makes the book unique. You might not agree with John on everything, but you surely have to respect his position.

Being chained to a whiteboard most of the working week, I really have issues with writers who can't be bothered with spelling or proof reading. So it was a delight to find this self-published work was virtually bullet-proof. I can't argue with John's account of the way it was: it's honest and accurate. I liked the fact that Flying Free avoids polemic (something I'm frequently guilty of) and preachiness. My advice? Get a copy.

(But lest this sound too uncritical...)

So, what's the beef (so to speak) with Marmite?

"Then there was Lev 17:12: “None of you may eat blood”, so we could not eat marmite – a breakfast spread containing dried blood – or black pudding."

I remember some of the urban legends that circulated in WCG, related in that peculiarly sincere tone of voice and received with a wide-eyed "is that so!" But this is one I hadn't heard. The local version of this pungent spread (a yeast extract) is an iconic item in the Australasian diet, and completely vegetarian (produced by the fastidious Seventh-day Adventist company Sanitarium.) Bad enough for any Kiwi to be deprived of whitebait and sausage rolls, but to forego Marmite sandwiches on a misunderstanding... only an Antipodean would know the pain!

To find out more about John Morgan's Flying Free, click on the link in the sidebar.
Posted by Gavin at 18:20

Take a look at this kid. He loves Marmite!

Aye, but that's ENGLISH Marmite. The Aussies and Kiwis in London have to bring in supplies of the proper stuff! I think there's also a South African brand. And that's not to mention Vegemite, produced by the evil American food conglomerate Kraft. As far as I know, there's not a skerrick of black puddin' in any of them.

I checked the label in the 70s and I would swear (on the Bible!) that it contained traces of dried blood!
I reckon they've changed the recipe -- possibly after questions from the WCG? This is from a Kiwi who suffered from decades of marmite withdrawal -- forced to partake of Vegemite!

Perhaps the author was confusing beef buillion with marmite?

I've heard it said that beef builliion, at least the British variety, was made from beef blood.