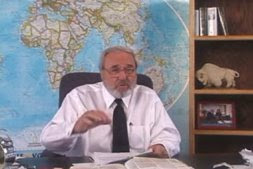 Yisrayl Hawkins, the much-married polygamous leader of the House of Yahweh (and former WCG devotee) will be on Nancy Grace this coming Tuesday on CNN. This is a live broadcast where viewers can call in questions. Maybe somebody would like to chip in a query for the Lord of Libido... like, um, what happened on September 12 2006? (Ronnie Weinland might like to watch so he can pick up tips!)

To be honest, it's unclear whether this kind of exposure does any good or is just plain treasonous. Ego-worshipers generally exploit to the nth degree both publicity and criticism to their own manipulative ends. Ms. Grace will need to be play a cut above the usual superficial "gee-whiz" journalism if she hopes to make much headway with this sly and seasoned old codger.
Posted by Gavin at 21:45

What evil force or vortex manifests itself in such a way that it draws brain dead religionists and fundy-mentalist politicians to Texas.

"Tecccus" in Mayan must mean "Cenote of Fear and Despair."

and cheap land of course..

he belongs in jail for bigamy and polygamy

Your readers might find of interest the short profile below of Hawkins from my Field Guide to the Wild World of Religion website.
http://www.isitso.org/guide.

Founder and dictatorial leader of the House of Yahweh in Abilene, Texas, an exclusivist religious group that adheres to an extreme form of pseudo-Biblical "legalism" based heavily on Hawkins' interpretations of the Old Testament (unrelated to any connection with orthodox Judaism). The belief system, including polygamy introduced in the group in 1993—and the teaching that "Satan" is female—is a totally idiosyncratic creation of the founder. Although claiming to believe in Jesus—Yeshua—as Messiah, His role in the religious system is almost negligible. It is taught that He had no pre-existence prior to His birth, and that His primary purpose in His ministry was to reinforce the need to keep the "613 Laws" of the Old Testament. Hawkins proclaims himself to be the only leader of the only true Work of the Almighty on earth now, and requires total obedience of all supporters to his every edict.

Hawkins' name was originally Buffalo Bill Hawkins. Hawkins' late brother Jacob first founded a House of Yahweh in Odessa, Texas, in 1975. Bill, who changed his name to Yisrayl in 1982, established his own independent congregation in 1980. For a time Bill billed himself and Jacob as the Two Witnesses of the Book of Revelation, but the fact that Jacob didn't believe this, and had nothing to do with his brother's ministry, made this revelation difficult to sustain, and it became even harder after Jacob died in 1991.

Followers from all over the country have left their homes in the past decade and cast their lot in with Hawkins, moving to live in his trailer compound outside Abilene. Others travel there three times a year for conventions held to observe the Levitical Holy Days. By 1997, things were getting stranger in the group … one of the few that this Field Guide website has no qualms about labeling a severely spiritually abusive cult. Reportedly, over 300 of the members of the group legally changed their last names to "Hawkins," and Yisrayl was dogmatically prophesying that the Messiah was going to return in October, 2000 and that "80% of the world's population would be killed by mid-2001."

The "Religioustolerance.org"
website, which is extremely conservative in its approach to labeling groups as cults notes that it finds Hawkins' group to fit ten out of ten of their list of "ten indicators of a destructive cult." A collection of articles about the House of Yahweh is available at:

Thanks Pam. Nice to see you dropping by!

How did all these yahoooos come up with this yashua name? They just come down the pike and make up names?
What the heck is wrong with plain old Jesus?

Anonymous:
What happened to "plain old Jesus"?
Plain old Jesus is Yeshua in Hebrew. Believing Jews in Israel today call him Yeshua. It means "God's salvation".
I think we got "Jesus" from a tortured trip through Greek to English and it came out as Iesus. The J came later (post Tynedale).
If I understand correctly, there was no "sh" sound in Greek, so they adapted the vocals accordingly. Strictly speaking, as English speakers have no trouble with the "sh" sound, we can easily pronounce the indigenous name of Yeshua. Not that I have a problem with Jesus, either, although "Y" into "J", strictly speaking, doesn't go.... ;;-)

I caught a portion of Nancy Grace this evening. I tuned in late.

The mentality of Hawkins provided me with a flashback to my 1960s WCG youth and some of the absurd statements made by "Gad's ministers" - Mr. Hawkins says Global Warming is caused by STDs (sexually transmitted diseases).

And this profound thought comes from a polygamist!

OK. Here's the transcript of Wild Bill on Nancy Grace. He did bring his lawyer.

Did anyone catch the sign they kept showing repeatedly on the video?

"Sin sets you apart from the Father Yahweh" (words to that effect), followed by:

"Please report all sins to your Supervisor."