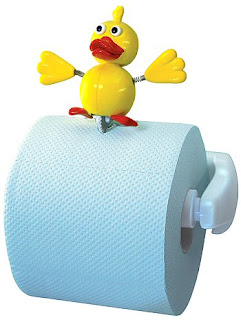 LU - Living University - can now issue degrees. Not accredited degrees, mind you. The vagaries of the US system elude this writer, but the nice people at UNC seem to have given the LCG go ahead to issue bits of paper. Here's how LCG is reporting it:

Meanwhile a prodigal pastor returns to Charlotte's embrace. An announcement from Spanky:

We would like to welcome back Mr. and Mrs. Rees Ellis, pastor in Belgium and Northern France, and brethren who have decided to reconnect with the Living Church of God after our unfortunate and regrettable separation about 10 years ago. Mr. Ellis spent several days this week here in Charlotte discussing aspects of this reconnection with me, Mr. Ames, Mr. Apartian and Dr. Winnail. The discussions about reconnecting actually began with Mr. Carion before he died.

Does this mean Ellis now gets a steady income?

Hey, I have one of those useless non-accredited degrees. Not worth the paper they are written on.
-------------------
Yep, it probably does mean that Ellis gets a steady income.

Rees Ellis was a Kiwi,was he not, before he departed the ranks of Worldwide.

His presence in NZ as a pastor would probably cause certain egos to be ruffled, and thus he is better stationed in foreign fields.

As for Living issuing degrees,they are certainly tissue thin,a real RIP off one could say.Many absorbent,oops absorbing hours could be spent discussing the validity of Living degrees,when we get to the bottom of the matter.

Your cellulose product seems to be of a multi-ply configuration,
indeed at the luxury end of the range.

For those whose theology is veneer-thin,may one respectfully suggest that a BUDGET brand be shown,much like the quality of degrees from Charlotte.

Mr Flurry has his Strumpet and Charlotte rhymes with,well you know what.

Following in the example Herbert Armstrong set in Big Sandy, LU has decided to install temporary booth housing to ac-comode-date new students until more permanent housing can be built.

Bamboo Bends,I like your picture of Spanky's inner chamber.He is without peer.

There are many things that Spanky's lot have not voiced publicly which stand out like a sore toe.Perhaps within Rod's "sanctorum sanctori",as depicted, such things have been discussed amongst the esoteric. And,of course,they have an immediate supply of paper for SCRIBING purposes,although I think Pharisees might be more applicable.Rod's lot do NOT have ALL knowledge as is shown by the rantings of their ministry.

They think they alone represent God.Hey,there are THREE BILLION people on this earth who think similarly.

I know of a Jewish leaning person who had to be reminded of this,and like it they did not.

We have a local preacher handing out "Christ is Coming" leaflets:..he thinks he speaks for Christ.

Ewald Frank from Krefeld,Germany on our " Triangle TV" on Sunday mornings,1130 to 1200 hours also speaks of Christ's coming.The literature is FREE but hard copy has to come all the way from Germany.

And at Charlotte,Living doubtless preach they alone are the anointed ones.

Mr Flurry holds the same view as does Dave Pack, Ron Weinland.One wonders whose drum these wallies are marching to?

A HOUSE DIVIDED AGAINST ITSELF? Possibly.

>>We would like to welcome back Mr. and Mrs. Rees Ellis, pastor in Belgium and Northern France,<<

This is quite astonishing, but not unusual! In 1998 when the gang of four, consisting of Raymond McNair, Edwin Pope, Larry Salyer and Nobert Link hijacked Global, Rees supported them.

At that time, there was much debate on the WCG section of Compuserve Forum, and Rees made some very disparaging remarks about Dr. Meredith's ego and arrogance. Now in an act of desperation, he is sucking up to Meredith for the sake of a salary, as the Belgium churches are on their last legs! It is quite shocking how on unscrupulous all of the ordained hirelings have turned out to be! The love of money is indeed the root of all evil!

The news of Rees jumping ship, will send shock waves through Brian Gale, who is the current hireling of Global UK. But he will remain unmoved, as he also gets an income from the few silly people who continue to pay tithes and offerings to him, in the vain hope that God will bless them!

To all. I am taking orders now for the official Living University paper products.

Perhaps the name Erskine Bowles will be familiar to some of the folks who follow this board .
Erskine Bowles, was an advisor to President William Jefferson Clinton, and had a fair amount of media face time as an apologist during the period Mr. Clinton was denying his involvement with "an intern".
Erskine Bowles, a man not known for his discernment. That was not a problem for the North Carolina State University System. This could shed some light on the accrediting.