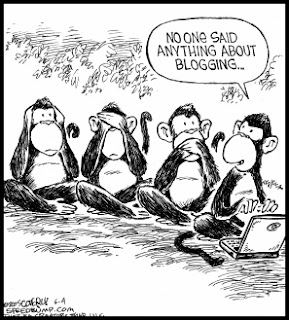 The name Ambassador Watch is a nod to Ambassador College, a now defunct institution associated with a now defunct sect, the Worldwide Church of God (WCG) - now morphed into Grace Communion International. My name is Gavin Rumney, I'm a teacher by profession (now largely retired) and currently reside a little south of Auckland - enough to be safely over the border into the Waikato. My extremely modest academic qualification for pretensions as a commentator on the various Churches of God (COGs) is the aforementioned B.Theol with a major in biblical studies (2010). My real-life credentials are a few 'interesting' years as a member in the far off and long ago (1975 through to the early 1980s).

Other than the WCG, my previous ecclesial communities are the Lutheran Church of New Zealand (as a youngster) and a Baptist church. Several of my blog posts have appeared in print in The Journal: News of the Churches of God.

For those who are pedantic about spelling, AW alternates between American forms (because most readers come from the US), and British forms (because that's the Kiwi way) with absolutely no logical consistency.  Anything else is probably a typo.

As well as Ambassador Watch I blog at Otagosh. Content there is of a more general 'biblioblog' nature. A third smaller blog called Gully Heights has a teaching and education focus.

I hope you enjoy your time here.  If it's any consolation, in real life I'm much less opinionated!

This comment is really supposed to be in regard to a 2008 blog by Gavin, entitled "The Reich Stuff" which is commentary on John Buchner's PhD dissertation about the WCG.
I had not read this blog until tonight: I am the ex-wife of John Buchner - my name is Nerolie, and my email is under a false name. I really had to laugh at some of the comments - they are SO TRUE! Gavin described the thesis as "dense" which really is the right word. Gavin said, "I've had to wade through some pretty impenetrable stuff in my own theological studies, but I can honestly say that for me this thesis came close to setting a new benchmark." Gavin, you are so right. When I met John, I was impressed with his intellect, then eventually came to see that he had the gift of stringing big words together in a totally meaningless way. I valued tom's comments on the blog - they made me laugh. And somebody said, "So whatever John has to say, if anyone has the time to wade through the turgid nonsense of RCR, will be dismissed by me as scholarly madness." Yes, it would be scholarly insanity to read through that thesis - I most definitely have not read it, but I was quite used to his constant erudite ramblings that really meant nothing.
Anyhow, he is now dead - he got brain cancer in the speech area of his brain - what a perfect punishment for the man who told so many lies, and he died in October 2017.