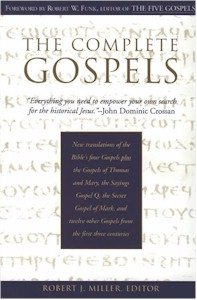 It was only a matter of hours before Bob Thiel responded to my previous entry. Courtesy of Gary Scott at XCG, the "Doctor Bob" posting attracted more attention than it otherwise might.

Bob points out that at least one of his articles is indeed extensively referenced, and I thank him for providing the link. What can we learn from Bob's selection of sources?

First, both Dugger & Dodd and the Catholic Encyclopedia were used, as predicted. The first dates back to the 1930s, while the second goes back nearly ninety five years. In fact, the bulk of Bob's references seem to be seriously dated. The earliest I noted was 1885! Most seem to be out-of-copyright material that is now available free online.

Then there are the "in-house" references: LCG booklets, Tomorrow's World magazine, one of Alan Knight's books (a hyper-fundamentalist COG7 lay member with, as far as I know, no qualifications whatsoever in this area), Samuele Bacchiocchi (who does) and the 1950s Radio Church of God Correspondence Course.

Remove the outdated stuff and the sectarian material and there's not a lot left. Even then, I wonder about some. For example Bob cites (approvingly) a passage from the Gospel of Thomas in The Complete Gospels, a volume published by the Jesus Seminar. Did he realize that?

Bob states: "My articles, as any who read them can tell, are highly documented." One article, especially with these kinds of references, is hardly convincing. Bob then switches tack and lambasts his critics: "it really does not matter much what the anti-COGers choose to believe about what I write. They have never appeared to me to be like the Bereans—they do not seem to have “searched the Scriptures daily to find out whether these things were so” (Acts 17:11)."

The question however is not whether his critics have read the Bible (I'm sure most of us have as good a track record as Bob) but how they read the Bible. Is it just a fundamentalist's treasure trove of proof texts (the way LCG seems to treat it) or something that requires a bit more thought and care.

Bob seems to have sidestepped my suggestion of providing a bibliography on the early church, but I'm happy to provide a brief one of my own. I've listed just 5, all of which concentrate on the first centuries. They come from a variety of perspectives, all the writers are qualified in their field, all are informed by the best current scholarship, and all (with the possible exception of Koester) are written for the non-specialist. Immerse yourself in any one of these, and I think you'll agree that Bob's apologetic approach leaves something to be desired.

W.H.C. Frend. The Rise of Christianity. Philadelphia, Fortress Press, 1984. (Very comprehensive, widely regarded as one of the best)

It should be pointed out that Dugger and Dodd followed the fine tradition of plagiarism, mostly from Ellen G. White. Apparently, Ellen G. White also plagiarized.

When I am marking papers and see that students have cited only these older public domain commentaries and references, I know that they did not bother to make a trip to the library, and their papers get critiqued accordingly. I agree that the scholarship here lacks any type of systematic bibliographic referencing, and the essays I did look at more closely contained some errors and omissions--one example in particular was the essay on the use of the cross in early Christianity--no mention of earlier sources who mention the use of the cross, nor any discussion of the Jewish origins of the custom of making the sign of the cross...Only one of many examples I could point to. Good for you, Gavin, for making a case for sound and honest scholarship, something that seems lacking among COG writings.

If Bob really wants to read up on church history he should read The Story of Christianity (2 Vols) by Justo L. Gonzalez, A History of Christian Thought (3 Vols) also by Gonzalez, and Documents of the Christian Church edited by Bettenson and Maunder. When a person reads real church history rather than COG revisionist church hysteria, you quickly see how off the wall Armstrongism is in it's beliefs in the history of the church.

Gosh, I'd suggest Dr. Bob just read the Bible for what it says drop the blinders. As some of the boys have noted...""There is no prophecy in the OT foretelling the coming of Jesus Christ. There is not one word in the OT referring to him in any way--not one word. The only way to prove this is to take your Bible, and wherever you find these words; "That it might be fulfilled" and "which was spoken" turn to the OT and find what was written, and you will see that it had not the slightest possible reference to the thing recounted in the NT--not the slightest."
-- Robert Green Ingersoll

"Properly read, the Bible is the most potent force for atheism ever conceived." -- Isaac Asimov

"Whoever will take the trouble to read attentively, will find in all those passages where the OT is cited, only an obvious abuse of words, and the seal of falsehood on almost every page." -- Voltaire