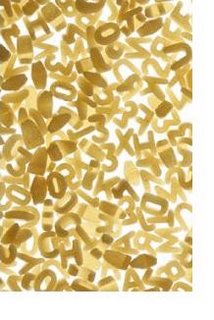 This entry first appeared as a "Southern Exposure" column on the old AW website. It's been slightly updated.

This is hardly the first time someone has attempted to disentangle the alphabet soup that forms much of the cult-speak used by COG members. It is far from comprehensive, and some of the references are dated. Does anyone remember Al Portune? But as a senior evangelist his initials were as much a perquisite of office as his lofty ecclesiastical status. Others were newly minted as the WCG cannibalized itself in the ham-fisted "reform" process.


DLA - David L. Antion, another top minister who separated in the late 70s, and brother in law to GTA.
DP - "Dateline Pasadena", a Pasadena-based source used by AW.
DUB - Days of Unleavened Bread


ICG - Intercontinental Church of God. GTA's second splinter after he was turfed out of CGI

JLF - Forum run by Mark Tabladillo catering for those who now lean to evangelical beliefs.
JWT - Joseph W. Tkach. Comes in two flavors, Senior & Junior. Both ascended to the office of PG in the WCG.


LCG - Living Church of God, created out of the ashes of the GCG by that old phoenix RCM.


PCG - Philadelphia Church of God, led by "that prophet" (Gerry Flurry)
PG - Pastor General. Title given to HWA and passed on to his successors. Also used by GRF.
PT - The Plain Truth, but also the Painful Truth
PTM - Plain Truth Ministries, publishers of the present PT

SEP - Summer Educational Program. WCG Youth Indoctrination camps.
STP - Systematic Theology Project. An attempt to put WCG's teachings into some coherent format. Torpedoed soon after it was launched by HWA, who decided it was too liberal because it left out his proof texts.

It is interesting to Google for various COG websites. One of the themes that runs through these sites is "hiding information." Use of acronyms is a mild form of information hiding. I have thoroughly examined some COG sites where it is impossible to tell who runs the organization. No personal names appear on the webpages. When I first began to attend the WCG in 1967, a gauntlet of deacons guarded the front door of services. The paranoid secretiveness made the Cold War look tropical. Christ came bringing a public message called the Gospel and here were a group of people hiding in ballrooms, motel meetings rooms and school auditoriums and at the same time claiming to be the one and only true church. But, as it turned out, this "church" was really a very vulnerable pseudo church whose principal form of self-defense was the withholding of information. Hence the many acronyms and the mysterious websites. But this really speaks to people who need to be "insiders" as a boost to self-esteem.

Amazing, ain't it? All those splinter groups and all those "true ministers" of God scattered all over hellandgone when just 30 years ago it was all just one big money making machine.

What is really amazing is that the money making machine turned out to be rotten to the core, from the top down, and was cut down as any bad tree should be but yet people still make nests in the rotten tree's branches.

Viola! A new Babylon is born, a confusion with a language all it's own. A tower was built toward heaven but God destroyed it and scattered them abroad but it seems that some still want to play among the rubble.

COG had all the COGonumbs but it was severely lacking in VOWELS of compassion.

I am staggered by the growth of such acronyms since 1975 when I left. I believe there might have been perhaps nine of them at that point in the history of WCG. I do recall that it was considered disrespectful to simply say "HWA", or "GTA". You were supposed to say "Mr. HWA" or "Mr. GTA". And, Ramrod was never called by his initials back then. Actually rcm, in lower case letters signified "regular church member" to church administration.

If you take the acronyms along with jargon specific to the WCG, it would be very difficult to understand the "insider" conversations amongst members. It's almost as bad as one might encounter when listening to Scientologists, although the Scientologists are the undisputed kings where creation of insider language is concerned.

In the '60s and '70s, one could readily recognize the WCG members and AC students in the Pasadena area, because they all ran around saying "Ghastly!"